Events, festivals, offers ... all the events not to be missed! 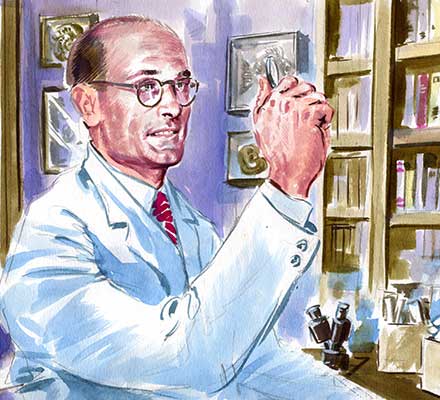 Since 2008, Palazzo Moretti has been home to a permanent exhibition of documents and a Historical Archive dedicated to the physicist from Umbria, Franco Rasetti, who was born in Pozzuolo Umbro on the 10th of August 1901 and died in the Belgian town of Waremme on the 5th of December 2001. The association named after him promotes the knowledge and study of this important philosophical and human figure and spreads his message of peace through his works in the fields of physics, botany, entomology, palaeontology and geology.

The entrance hall of the 17th century building offers a vast exhibition space, currently occupied by the collection of photographs by Federico Scaletti, which provides an important historical picture of Pozzuolo and the 13 villages of the Municipality of Castiglione del Lago, telling the story of a recent past.
Next to the corridor there is a large room entitled “Artelegno in miniatura” (Wood art in miniature), which houses an exhibition linked to some local artists, with reproductions of historical buildings and tools, created using original techniques.
Climbing the stairs, on the first landing we come to a collection of officinal plants from the Trasimeno hills, accompanied by information on their curative properties. In the 80’s, Tiberio Borgia carried out in-depth research into the subject and now we can admire their great variety.
Climbing again, we come to the first floor with the four rooms dedicated to the biography of the humanist scientist, Franco Rasetti.
Franco Rasetti’s life was characterised by a passion for research and knowledge. The autonomy and independence of a student and researcher were essential to him: every discipline deserves consideration, as they are all part of man’s important inheritance. This conviction guided him throughout his life and led him to make important choices, to the detriment of his immediate popularity.
Today it is thanks to the work of scientists like Rasetti that scholars are much more aware of the social role of science and tend to apply themselves to problems which concern nuclear limitation, arms control, climate, pollution, overpopulation and medicine with a different outlook, not only objectively but with more empathy. Peace cannot be defended by merely avoiding the construction of weapons of mass destruction, but also by preventing conflicts.
Inside the building we also find an exhibition linked to palaeontology, curated by the naturalist, Mario Morellini. Franco Rasetti’s passion for nature led him to become an expert on fossils of the Cambrian period, paying specific attention to the Trilobites, which represent one of our planet’s oldest forms of life. Also on display is his book: “I Fiori Delle Alpi” (The Flowers of the Alps), an extensive collection of pictures of Alpine flowers, in which Rasetti reveals a considerable talent for photography.
The people featured in the exhibition include Franco Rasetti’s mother, Adele Galeotti: a greatly appreciated painter who studied at the Florence Academy of Fine Arts under Giovanni Fattori, at the beginning of the 20th century.
The exhibitions would not be complete without one dedicated to Enrico Fermi, Franco Rasetti’s friend while at university and collaborator during their time in Via Panisperna. Giulio Maltese has left us useful material, giving us an insight into the life of the 1938 winner of the Nobel Prize for Physics and his great intuitions and discoveries.
Moving into the Noble Room, where we can admire a beautiful frescoed ceiling, we find ourselves in the place where international contemporary artists display their works, alternating throughout the year.
Continuing the visit, we come to the room dedicated to the biography of Teodorico Moretti-Costanzi, the last owner of Palazzo Moretti.
He was born in Pozzuolo Umbro on the 25th of April 1912, the second son of Pierleone and Emilia Costanzi, brother of Siro, who was two years older. His parents were of noble origin and came from Perugia. In 1951 Moretti-Costanzi was included among the three winners of the theoretic philosophy contest held by Pisa University and he was called to the University of Bologna the following year, remaining there until the end of his working life. He died in Tuoro on the 23rd of June 1995, surrounded by his most loyal students.
Also on the first floor we find a room dedicated to the history of the Risorgimento in the area. One of the most evident figures was Lieutenant Colonel Giovanni Battista Fioretti. Important documents that concern that historical period have been displayed in the cabinets by collector Ferdinando Mainò.
Climbing to the second floor, in the oldest part of the building, we find exhibitions by Umbrian Contemporary Artists, curated by Andrea Baffoni.
In another room on the same floor, we find the great technological work by Ezio Mazzieri; the reconstruction of a “Landscape of ancient trades”, where the figures are mechanically activated and give youngsters a clearer idea of the working activities of the recent past.
In summer, the exhibition is open every day and entertainment is staged in the gardens of Palazzo Moretti, with musicians, singers and actors whose art accompanies convivial moments with the tasting of typical local products. The event dedicated to our finest wines, “Calici di Stelle”, is held on the evening of the 10th of August.
Up until today, the activities have been made possible by the Municipal Administration of
Castiglione del Lago and the Siro Moretti-Costanzi Foundation, as well as the commitment of the associates.
The Franco Rasetti Association, through its website www.francorasetti.it, social networks and local newspapers, regularly provides information on its events and projects.
Palazzo Moretti is a jewel just waiting to be discovered….we look forward to seeing you!!!
Free admission.